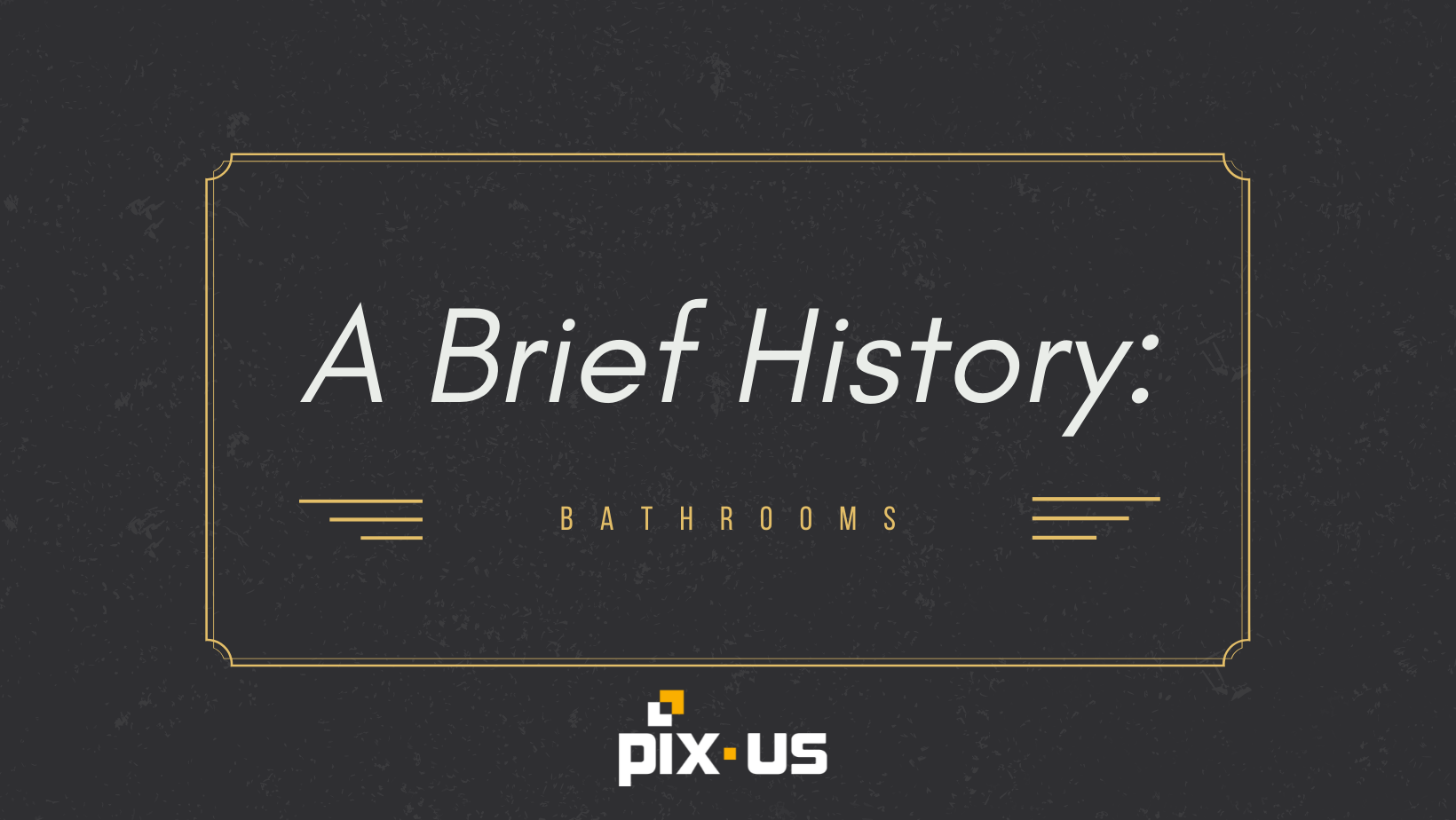 Have you ever thought about life without private restrooms? Bathrooms are arguably one of the most used rooms in a home and the modern bathroom is designed with that in mind. But like most things they didn’t start out this way.

We’re focusing on the history of the bathroom as a whole, but quite frankly the history of plumbing is extensive and interesting. Here are some of the important facts:

As far as design of the bathroom, society has come a long way since ancient bath houses and communal latrines. These spaces were typically used for spiritual or religious purposes, but also acted as social gathering spots.

And while that sounds like a modern nightmare, these bath houses were preferred. It really wasn’t until the 16th-18th centuries that private bathrooms were favored. The 18th century is when England saw their first major irrigation system being put into place. Those that could afford it could get taps installed in their homes. Still, most bathing was done in basins that sat on intricate stands in a corner of the bedroom. There wasn’t a designated room for bathing but it was much more private than before.

The 19th and 20th centuries are when the private bathroom really took off. With the discovery of germs and other health risks cleanliness became a top priority – and so did the bathroom. Plumbing became more common and bathrooms started to become mechanized.

By the end of the 19th century, the bathroom started to become more than just a room of function. Old wooden elements were replaced as tile patterns and decorations became popular. At this time bathrooms in the home were considered a luxury. Working-class houses with bathrooms weren’t built until 1900. Even as late as 1960’s many homes in Britain did not have a bathroom. This meant that some people had to make use of outdoor facilities and bathe in front of the fireplace.

Today we focus a lot more on the look of a bathroom than ever before. Because we have so many materials and designs accessible we’re able to control every little detail, down to the last screw. We have a plethora of options for toilet, shower, bath, vanity, mirrors, and tiles.

In addition to the look of the room it is also about the “feel”. Bathrooms are no longer created solely for physical purpose but are being adapted into rooms of relaxation. We’ve adapted the spa mentality and brought it into our homes. Many people utilize technologies that are intended for comfort alone, like under floor heaters, heated toilet seats, and steam showers.

This aesthetic goes beyond residential bathrooms too; many public restrooms have been upgraded and changed so that it feels comfortable and clean. This includes bright colors, white tile, and lots of light.

And thankfully, with maybe one or two gas stations along the way, privacy seems to be a universal practice, even in public restrooms.

If you want to read more about this here are some interesting articles:

The Importance of Post-Production