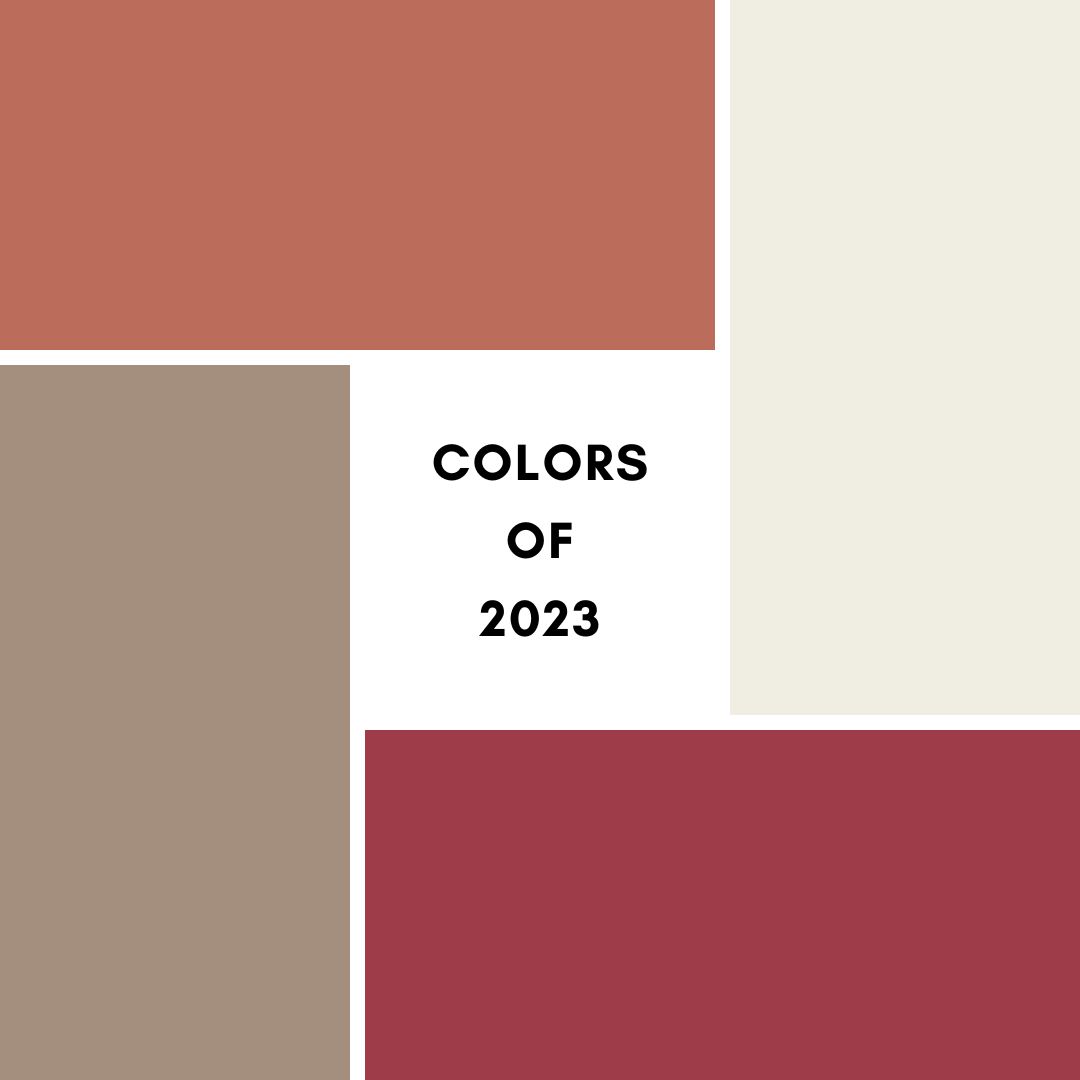 As of December 1st all of the colors of the year for 2023 have officially been announced! So let’s talk about it.

It seems this year there were two main groups of thought:
• Colors that make a great base that can be paired with multiple color schemes.
• Colors that are bold and stand-out.

This color is a nice warm neutral tone, “Minimal yet cozy, this color creates a comforting backdrop for the everyday moments that matter.” This color is simple and exactly what they say – the perfect foundation to build on. Sherwin Williams suggests pairing this color with other warm earthy tones.

Similar to Sherwin Williams’ color, Behr’s choice is exactly as the name sounds. A nice beige tone that compliments a wide range of color pallets and is a great canvas to build a space around.

Bold! Benjamin Moore describes it as “A vivacious shade of coral tinged with pink, Raspberry Blush enlivens the senses with an electric optimism.”

This is a color that’s great to use as an accent but it would also give your space some personality with colorful walls.

In a very similar wavelength to Benjamin Moore is Pantone’s choice of Viva Magenta. It is described as:

“Powerful and empowering. It is a new animated red that revels in pure joy, encouraging experimentation and self-expression without restraint, an electrifying, and a boundaryless shade that is manifesting as a stand-out statement. PANTONE 18-1750 Viva Magenta welcomes anyone and everyone with the same verve for life and rebellious spirit. It is a color that is audacious, full of wit and inclusive of all.”

It’s fascinating to see the differences and similarities between all of the choices for 2023. We will love seeing how these colors are used in design and maybe some of our future projects!

Having Quality AND Quantity when it comes to your product images.